mental health in times of the Corona Virus

The Great Santhal Rebellion of 1855

Away from the gaze of Delhi rulers; under the shadow of Bengal and the bhadralok discourse, Jharkhand has seldom been a subject of great debate when it comes to events of historical importance. Yet the truth is, it is the State where uprisings against the British took seed. “It was not war; they did not understand yielding. As long as their national drum beat, the whole party would stand, and allow themselves to be shot down. Their arrows often killed our men, and so we had to fire on them as long as they stood. When their drum ceased, they would move off a quarter of a mile; then their drums beat again, and they calmly stood till we came up and poured a few volleys into them. There was not a sepoy in the war who did not feel ashamed of himself.”

The Scottish historian William Wilson Hunter, who was also a member of the Indian Civil Service, in his book Annals of Rural Bengal recorded the first hand testimony, quoted above, of officers, who with the military might of the British Raj, put down the Santhal Rebellion (also known as the Santhal Hool). June 30 marks the 161st anniversary of the day when the Santhals, choking under the pressure of practical serfdom due to the mahajani system, and with none of their grievances given importance by the administration, rose in revolt and demanded autonomy.

The zamindars and Mahajans got a new lease of life with the coming of the British East India Company. When the company looked for maximum revenue collection after acquiring the Diwani rights in 1765, the landlords came forward as their agents and collaborators in oppressing the hapless farmers. The age-old freedom of tribals was lost owing to the introduction of the forest laws. It is interesting that the leaders of the Santhal Uprising united against the ‘unholy alliance of the zamindars, the Mahajans, and the British’. During the Revolt of 1857, many zamindars actually acted as spies for the Company and put obstacles in the path of the rebels, or stopped supply of food.
The Santhals, one of the oldest communities to make their home in Bengal, were largely agrarian people, who lived in and depended on forests. After the British Raj had taken over the administration of India, and taxes were levied on their traditional ways of living, small outbreaks of revolt had taken place, as they faced oppression from tax-collecting mahajans and zamindars. In 1832, the government demarcated the Damin I Koh region in present day Jharkhand in India and invited Santhals to settle in the area in order to reclaim the forest. A great exodus of Santhals from Cuttack, Dhalbhum, Manbhum, Hazaribagh, Midnapore etc. came to settle in the reserve due to promises of land and other economic amenities
Their low literacy made them easy victims to corrupt money lending practices. Their lands were forcibly taken, they were lent money at exorbitant rates which they could never repay, they were forced into bonded labour, and generation after generation of Santhals had to live as serfs, cultivating the zamindar’s land for little food and clothes. Many had no other recourse than to work for Indigo planters or for the frenzy of railway constructions that the British initiated.
The tribals of Bhagalpur, Manbhoom, Raj Mahal participated in the revolt. Siddhu Khanhu, Chand and Bhareo, four sons of chulu santhal of bhagna Dihi village of Raj Mahal district provided them the leadership. Nearly 10,000 men armed with bows & words & spears gathered in Bhagha Dihi village and made a solemn declaration under the leadership of Siddhu and Khanhu that there is no govt, thanedar & hakim over us. The establishment of a santhal state was also announced. The infuriated santhals made the houses of moneylenders, zamindars revenue officers railway stations and indigo factories their main target of attack. Their slogan was destruction of zamindars, moneylenders & government officials. To suppress the santhal rebellion the British army was put under the command of Brigader General Lyoed. On 15 Aug, 1855, through a public declaration the santhals were warned to surrender within 10 days or face severe punishment. In November, the govt imposed the martial law.
When the law and order situation was getting out of hand the British Government finally took a major step and sent in large number of troops assisted by the local Zamindars and the Nawab of Murshidabad to quell the Rebellion. British Government had announced an award of Rs. 10,000 to arrest Sidhu and his brother Kanhu Murmu.
The revolt was brutally crushed, the two celebrated leaders Sidhu and Kanhu were killed. Elephants supplied by the Nawab of Murshidabad were used to demolish Santal huts and likewise atrocities were committed by the British army and it allies in suppressing the Rebellion. Of the 60,000-odd tribesmen who had been mobilised in the rebellion, over 15,000 were killed, and tens of villages were destroyed. “There seems also to be a sentiment of honour among them (Santals); for it is said that they use poisoned arrows in hunting, but never against their foes. If this be the case- and we hear nothing of the poisoned arrows in the recent conflicts,-they are infinitely more respectable than our civilised enemy the Russians, who would most likely consider such forbearance as foolish, and declare that is not war.”

Santhals in Bangladesh and in India still celebrate the Hool and remember their leaders Sidhu and Kanoo every year, their songs speak of the time when they laid down their lives for their rights. And the state continues to exploit these people, depoliticising and appropriating their history, making them footnotes and denying them agency. Their demands of recognition as adivasis remain unheeded. Last year, in a celebration of the Hool, the Jatiya Adivasi Parishad (JAP) president Rabindranath Soren said, “Indigenous people face various types of discrimination while land grabbers are becoming more and more desperate to occupy their lands in absence of justice.”

Previous Article The Difference Between UK, England and Great Britain 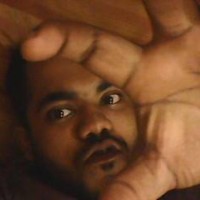