THE SEVEN WARNING SIGNS: IT IS TIME TO SEEK THERAPY/COUNSELING

During conflicts and wars, it is this work of art that gets defiled the most.

Rape is the reality of every society but it gets a new lease of life, an awakening of sorts during war and other violent conflicts. Blame it on the notion of war and “masculinity”, objects of the spoils of war, or as a means “teach a lesson to the enemy”, rape of women and men have somewhat become a necessary and inseparable part of today’s conflicts. Be it in East Pakistan(1971), Democratic Republic of Congo, Rwanda, Kosovo and Bosnia or in the battlefields of Syria and Iraq- rape has been used as a weapon of war, a legitimate tactic and as a means to achieve obedience, loyalty and “make men out of boys”  in conflicts.

Rape and sexual violence is generally not spoken about and linked with war and all its poetic notions and romance attached with it. However, the reality is quite the opposite. Rape is being used as new weapon in today’s asymmetric battlefield.

Now before we go any further, we have to define rape and ascertain its etymology. Following the definition used by recent international war crimes tribunals by rape I mean the coerced (under physical force or threat of physical force against the victim or a third person) penetration of the anus or vagina by the penis or another object, or of the mouth by the penis. Thus rape can occur against men as well as women. Sexual violence is a broader category that includes rape, coerced undressing, and non-penetrating sexual assault such as sexual mutilation.

Etymologically, the origin of the word rape can be traced to the Latin word ‘rapere’ , which basically means to steal or seize by force. Hence, women in a  patriarchal and traditional societal point of view are considered as wealth or “laxmis,” who are in need of protection. During wars and conflicts, the rape of women can be used as a tool and weapon by the enemy soldiers or aggressors as a way of turning this ‘wealth’ and source of pride of the family and community into an abject thing, a thing of disgust and filth. Victims of rapes are at most times looked down by the societies as ‘dirty’ and ‘filthy’ creatures, defiled and polluted by the enemy.

The use of rape in ethnic conflicts has been most profound in a post cold war era. The horrific instances of rape as a pre-planned strategy, weapon of war and as means of dominating, subjugating and humiliating the enemy can be seen in seen Rwanda, Kosovo and the use of rape and sex slavery by the IS in Syria.

Women’s bodies have become part of the terrain of conflict, according to a new report by Amnesty International.
We must ask the question why and for what purpose?

Women, according to Gita Saghal of Amnesty International, are seen as “reproducers and careers of the community”. During ethnic conflicts, this phenomenon serves a multi- pronged strategy; firstly, it paves the way for creation a new race of babies as in patriarchal societies, the child inherits the race of the father and in the process it helps to “wipe out” the enemy race.

In Rwanda, HIV infected men were specifically selected from hospitals and clinics and inducted into dedicated rape squads to rape Tutsi women and spread the deadly disease at the same time.

Secondly, rape in ethnic conflicts, serves the purpose of breaking the community feelings of a particular group and makes them more vulnerable and creates a group of “polluted” women who are ostracized from society. Thirdly, it also raises the question on the masculinity of the male members of the group as it is widely believed in traditional and patriarchal societies that women need the protection from men.

Another simple reason for the prevalence of rape during conflicts is because of the fact the women were always seen as ‘treasures’ of a society and hence have been considered as spoils of war. Many military commanders often look the other way or deny complaints of rape or sexual violence because of the simple biological need of men to view women as sexual objects and get physical gratification from them.

In other cases, especially in Bosnia, soldiers were forced to rape Muslim women to prove their “loyalty” and manliness to others and their devotion to the cause. Many perpetrators of rape have come on record and confessed that they only committed such heinous acts because of this reason and some were even forced to rape under the threat of death.

In Rwanda, HIV infected men were specifically selected from hospitals and clinics and inducted into dedicated rape squads to rape Tutsi women and spread the deadly disease at the same time.

The emergencies of the ISIS in Syria, Iraq and some other nations like Libya, have given rise to a very dedicated and organized network of “sex slavery”. This group uses rape not only as legitimate tool in their interpretation of Islam, but have created a virtual network and industry from sex slave, especially of the Yazidi women.

Therefore, can we say that rape is an inevitable part of war or conflict?

The answer is NO. It is a weapon in the hands of the powerful to subjugate and dominate the weak. The weak and vulnerable are generally women in conflict areas, however, we must also not completely forget about the rape of men in wars also. The international community and the UN must do all it can avoid rape and sexual violence as a weapon of war in the hands of warring parties. We must include the rehabilitation and punishment of the perpetrators of such acts in the peace treaties and within the dialogue and discourse of political settlement of conflicts and war.

In the words of Angelina Jolie, “It is a myth that rape is an inevitable part of conflict…. There is nothing inevitable about it. It is a weapon of war aimed at civilians. It has nothing to do with sex- everything to do with power. It is done to torture and humiliate innocent people and often very young children.”

Next post 48 years since the OLYMPICS BLACK POWER SALUTE- Does the world need another? 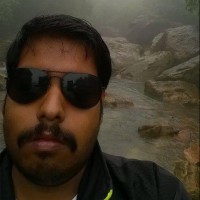 About the Author Sukrit Dutta