October is National Bullying Prevention Month. This article talks about bullying, the effects on the person being bullied and some basic guidelines for dealing with such coercive behavior.

Bullying is an unwanted, aggressive behavior that involves a real or perceived power imbalance. There are mainly 3 kinds of bullying:

UNDERSTANDING THE PATTERN AND CAUSES

UNESCO report confirms that school violence and bullying are major problems worldwide. Physical bullying is more common among boys, while psychological bullying is more prevalent among girls. A report published in Comparitech.com has said that India is the most cyberbullied country in the world. The number of Indian parents complaining against cyberbullying, the report shows, has grown from 2011 to 2018. Research has led to the understanding of some reasons behind the cause of bullying and some noteworthy characteristics of bullies. Envy and resentment can serve as motives for bullying, it is also used as a tool to conceal shame or anxiety or to boost self-esteem: by demeaning others, the abuser feels empowered. Bullies may also bully out of jealousy or because they themselves are bullied.

HOW TO KNOW IF SOMEONE IS A VICTIM OF BULLYING

Child and adult bullies have a tendency to have low tolerance for frustration, are aggressive, have trouble empathizing with others, are impulsive and are easily angered. Bullying can cause both physical and psychological symptoms:

The number of Indian parents complaining against cyberbullying, the report shows, has grown from 2011 to 2018.

HOW TO HANDLE BULLYING

Bullying can also lead to mental illnesses like depression, anxiety, Post-Traumatic Stress Disorder (PTSD) and can even lead to suicide. There are ways of handling bullying. Common ways that people try to respond, are to try to ignore it, to confront the bullies or to turn to an authority figure to try and address it. In school, significant arrangements can be made, like parent training/meetings, improved playground supervision, non-punitive disciplinary methods, classroom management, teacher training, classroom rules, and whole-school anti-bullying policy. Assuming the bully is nonviolent and unlikely to find some other way to harm you, confronting them by pointing out that their behavior is bullying is sometimes a good start. Avoid provoking them but, at the same time, question their motives and their purpose behind going after someone who has done them no wrong. This shows that you are not scared to question their actions and, if necessary, put them on the defensive. You don’t have to attack a bully with a physical attack or mental aggression; you simply have to calmly and self-assuredly stand up for yourself. It goes without saying that any perceived physical threat should be handled with the assistance of local law enforcement or other community resource.

Remember that bullies are always seeking those people that are willing to submit to their power play. If you act as if the bullies’ actions and words don’t affect you, it ruins it for them. If someone keeps making jokes at your expense, laugh along with them. It is also important to understand that bullies should be helped to make them understand the consequences of their actions and to help them cope with their negative thinking, emotions and behavior.

Let’s stand together against bullying! 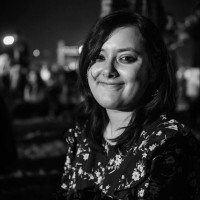