THE DEMISE OF HIP HOP

The music is loud, the images raw. Violence, drugs and women strung in a lyrical chain entwined around rhythmic beats that get your head bobbing on your way to office and the clubs running all night

long. 21st century hip hop music gets as raunchy as it can, losing its identity as the music of resistance. For a hip hop music fan like me, this breaking away of conscious hip hop is particularly disturbing and challenging specially when most of my colleagues can’t seem to get enough of Nicki Minaj, 50 Cent and Li’l Wayne. 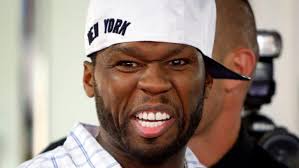 Hip hop music, whose origin can be traced right back to the 70’s when teens mixed rhythm and melodies with poetry and stories that chronicled the life in the hood, is not just music. It is part of the culture that has gained widespread popularity across continents. It is the voice of the underdogs trying to deliver a message, the voice that transforms inchoate rage into eloquent diatribe by means of musical expression. More than simply entertainment, hip hop is a part of contemporary identity circuits – networks of philosophies and aesthetics based on poverty, violence, injustice, power and capitalist polarisation. as a vehicle for social commentary and awareness, as well as an avenue forpublic discourse, 1990’s Hip Hop development marked a culturally nuanced and significant movement in history in both its reflection of the discontented social climate at the time and its ability to construct and reconstruct socio-cultural norms.

Unfortunately, this genre has been allowed to fall into decrepitude. The rapacious regression of lyrics and content that most often projects women as positively obsequious to the epicurean life is disturbing, not just in its vacuity of emotions and purpose, but also in the immense popularity that it has gained. The recent commercialization and capture of this genre by record companies has immured the voice of positive protest, the beats of resistance, the lyrics that brought down inchoate governments. Turn on the radio and today’s collection of rap music is a monotonous dumping of repetitive descriptions of the profligate prodigal with money, the bling, the diamonds, the women, the cars, the mansions and sex – a false image manufactured by the predatory arm of commercialism – of the need to sell and appeal. Songs today entrenched in materialism, misogyny and violence glorifying a criminal past record can hardly be considered to be reflective of the issues that matter. It is appalling to see words like “nigga” rooted in slavery that artists like Bob Marley worked hard to fight against, be back into use in mainstream music with a cloak of coolness wrapped around it in this currently warped genre.

Putting hip hop on trial seems to raise the question for some protesters on its influence on the society – whether it really is the contemporary response to adversities of the underdogs or a continuously denigrating form of music that calls for an intervention? But are we asking the right question? Music as an art can be a force for both the good and the bad. Music activism, though not a new phenomenon in the world of music, along with contemporary innovations in lyrics, genre, percussion and visualization, target the societal misgivings, often in a satirical fashion. In a bid to explode out of the commercialized incarceration, fiery unapologetic rapper Sofia Ashraf, has with her formidable rap video, Kodaikanal Wont, singularly catapulted the resistance against Unilever into the map with the public attention this issue screams for. Horrorcore, Drill, Grime, Gangsta Rap and Underground Rap are derivative and sub genres that have abundantly dealt with macabre themes, with a profusion of grim lyrical content drawing inspiration from gritty lifestyles.

As Macklemore’s gay love anthem, Same Love and The Black Eyed Peas’ exceptionally thought provoking piece “Where is the Love” consume the inanity of the new generation’s hip hop culture, there is much to hope for. It is up to us, through our purchasing power, and not censorship, to repudiate the baleful beats, to demand quality over quantity, to bob our heads to lyrical paeans of change and revolution. 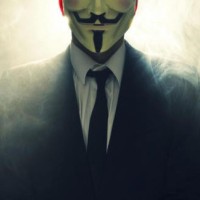